Go-Betweens’ Robert Forster wants you to know about hepatitis C As one of Queensland’s most celebrated musicians, Robert Forster has shaped our state’s soundtrack for decades. His music has been so influential that there’s a bridge in Brisbane named after his band, the Go-Betweens. It seems home is never far from Robert’s mind either, having co-written Aussie classics like Streets of Your Town and Cattle and Cane and solo tracks like Inferno (Brisbane in Summer).

But behind the scenes, Robert was dealing with an illness that thousands of Queenslanders may unknowingly live with – hepatitis C.

We chatted with Robert about his experience with hepatitis C and look at new tablet-based treatments that could effectively wipe hepatitis C off the Queensland map.

Robert was 39 and living in Brisbane when he received the shock diagnosis. He had released his fourth solo album Warm Nights the year before, and was preparing to move back to Germany with his wife.

“In early 1997 my wife and I were living in Highgate Hill. I went to a doctor there and had a blood test and found out that I had hep C,” Robert said.

“Being a bloodborne disease, you can contract it in a number of ways. I am fairly certain I contracted it through drug use with needles in the 1980s. That drug use ended in 1989.”

The diagnosis was a bombshell in Robert’s life. What’s more, it was unclear how far the condition had progressed in the years after he contracted hepatitis C.

What is hepatitis C?

Hepatitis C is a bloodborne virus that causes infection and inflammation of the liver.

Blood-to-blood transmission can occur in situations such as:

Hepatitis C cannot be transmitted by kissing, sharing food or cutlery, or by day-to-day physical contact. Sexual transmission rates are very low, but the risk increases for some sexual practices.

While it is not vaccine-preventable, hepatitis C can be treated and cured. If left untreated, chronic hepatitis C infection can lead to liver scarring (cirrhosis), liver damage, cancer, and sometimes, death. The old – and often feared – injection-based treatments for hepatitis C

At the time Robert was diagnosed, treatment for hepatitis C had relatively low success rates. Following a liver biopsy that revealed no signs of cirrhosis, Robert weighed up his options and their impact on his family, career, and health.

“At that stage, there was a treatment available, but the success rates were as low as 10 percent, which was extremely low for what you had to go through,” said Robert. “I decided not to do it at that time, although there was quite a bit of pressure for me to do it.”

Robert went for regular health check-ups while living overseas with his young family. After returning to Queensland in 2001, he connected with specialists at The Royal Brisbane and Women’s Hospital (RBWH), and a few years later he started treatment.

“I was told it was like chemotherapy. You’re injecting the treatment into your stomach each week—putting a needle in your stomach. It’s like having a really extreme case of the flu for forty-eight weeks of the year.

“I was lucky I was a songwriter working from home. Most people quit work after two or three weeks. They couldn’t work. It just completely knocked them out. Most people who were on it ended up on antidepressants.

“It was 48 weeks of pure and utter hell,” said Robert. “At the end, I was in the clear but then six months later, I wasn’t clear. I still had the illness.”

“It was a hell of a road to get there and I went down it twice.”

The new hepatitis C medications are in stark contrast to those of past decades.

Modern direct-acting antiviral (DAA) medications are delivered in tablet form, not by injection. The treatment time is significantly shorter, generally around 8-12 weeks. Side effects are uncommon and usually mild. Most importantly, the treatment is highly effective – in more than 95 per cent of cases, hepatitis C can be cured.

DAA medications can be prescribed by GPs and have been available under the Pharmaceutical Benefits Scheme since 2016. 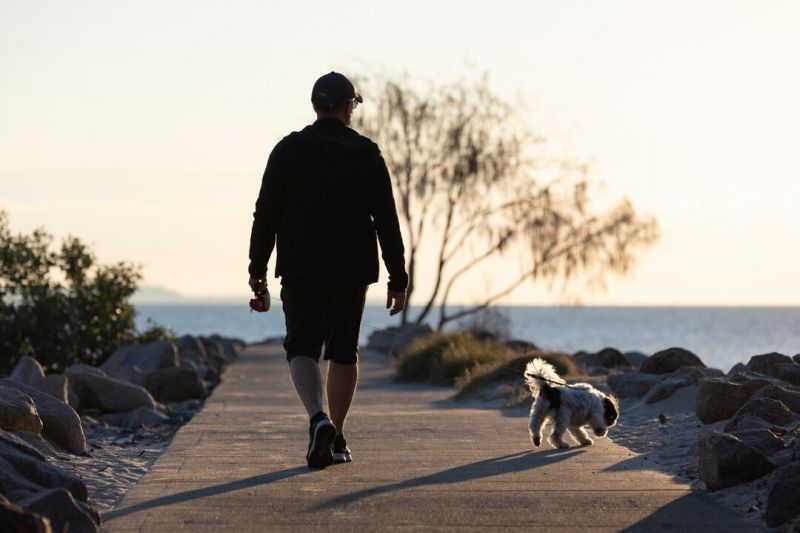 It’s estimated that up to 40,000 Queenslanders are still living with hepatitis C. Often there are no symptoms, and only a small number of people will experience short-term (acute) illness with hepatitis C. For most people, hepatitis C goes on to become a chronic infection.

For those who do experience symptoms, these can include general aches and pains, nausea, abdominal pain and discomfort, and yellowing of the eyes and skin (jaundice).

Having a blood test for hepatitis C is recommended if you have:

If you are aged 40-60 years you’re also encouraged get tested, as you may have been exposed many years ago without knowing it.

Reflecting on his own experience, Robert is encouraging Queenslanders to take action now.

“I just wanted to encourage people who are at risk or think they might have hepatitis to get tested for it and not delay getting treated for it,” Robert said. “It can save your liver and your life.”

Hepatitis C can be treated and cured. Speak with your doctor about getting tested today. Find out more through Hepatitis Queensland.