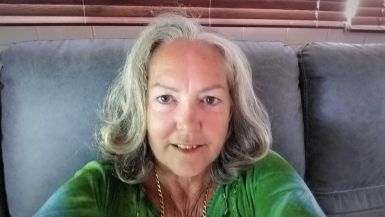 A bout of the flu nearly cost Kim her life after she developed sepsis.

After a few days at home, Queensland woman Kim thought she was recovering from a bout of the flu. Little did she know that in a week’s time, she’d be in a coma in the Intensive Care Unit, fighting for her life.

“It was around Easter 2018,” Kim says. “I had the flu and had a couple of days at home, and then started to feel better. Next thing I know, I had a bit of pain in my back. I couldn’t figure it out; there was nothing I’d done because I’d been resting up with the flu. I thought maybe I had pulled a muscle somehow.”

Kim’s sore back didn’t go away. In fact, it got seriously worse and the pain started to radiate around her sides and ribcage. Her sister, a nurse practitioner, urged her to see a doctor, so Kim booked an appointment with a local GP. The GP ordered a blood test and x-ray, which both came back clear, so then they recommended a CT scan.

It was now the Easter long weekend, and Kim wasn’t able to get the CT scan. She went to the ED at her local hospital and had another x-ray, which still didn’t show the cause of her pain.

“The ED doctor prescribed me more painkillers and I was sent home. All the next day, the pain was just getting worse and worse. I went the whole day, but around midnight I rang an ambulance to come and get me. By the time I called the ambulance, I was struggling to breathe and my breathing was very laboured.”

This time, tests showed that Kim had pneumonia, which means her lungs had become inflamed. She was given antibiotics and once again sent home to rest. Her back pain was still severe.

“I was in agony,” says Kim. “I’ve never felt anything like it. I remember my cousin ringing me, and I said to her, ‘I just feel like I want to die’.”

Kim’s cousin came to visit her the next day, and after seeing how sick she was, again called an ambulance.

“I remember looking at my son and saying, ‘You better ring your brother,’ says Kim. “I just had this feeling that something was really wrong.”

Kim was taken to the hospital and given an MRI. The next thing she knew, she was waking up 10 days later in the ICU, having fallen into a coma. Kim had sepsis, a life-threatening condition that kills over 2,000 Queensland adults each year.

Sepsis, which used to be known as septicaemia or blood poisoning, happens when the body’s response to an infection causes damage to healthy tissues and organs. Sepsis can happen in response to any infection in the body.

Sepsis can be difficult to pick up, because the symptoms might seem a lot like other illnesses. It can also develop after a person has been to see a doctor for the initial infection. Kim had been to the GP and the hospital four times before sepsis was diagnosed, and if it wasn’t for her family and her persistence when she knew something wasn’t right, she would not have lived to tell the tale.

What are the symptoms of sepsis?

Kim knew something wasn’t right and her family could see it, too. Just like Kim, you know yourself or your loved one best, and trusting your instincts when someone is unwell can help the medical team in their diagnosis and treatment. It’s important to know what to look for.

Just like Kim did, adults with sepsis might express that they feel like they are dying or that they have never been so sick with no real obvious cause and are worried about their health.

Sepsis is an emergency. If you or someone you are caring for experiences any of these symptoms, head straight to the nearest hospital emergency department and ask, ‘Could this be sepsis?’. 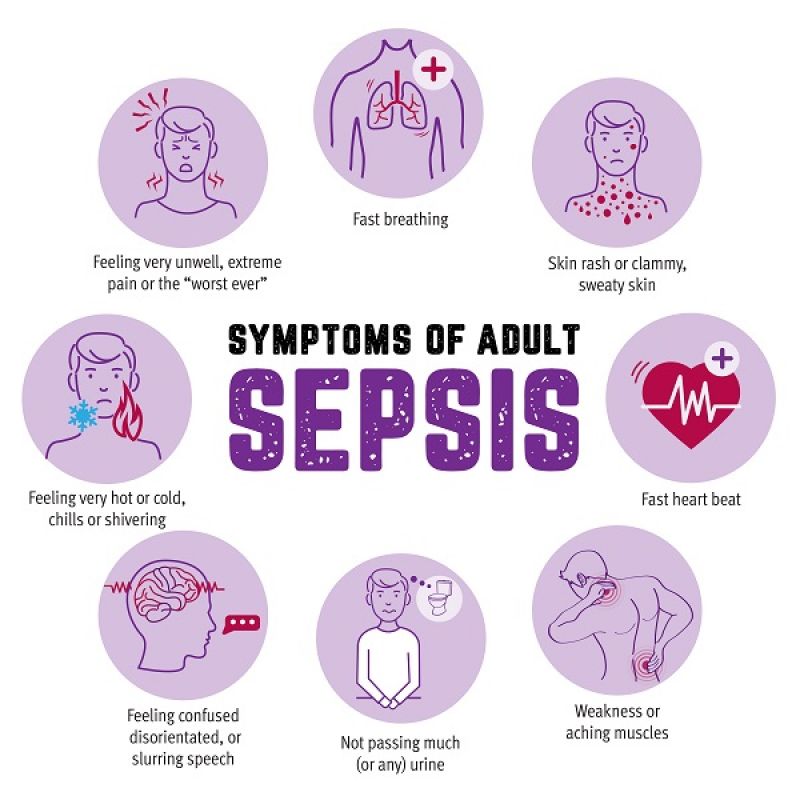 While Kim was unconscious, her family were told to prepare for the worst. There was every possibility that Kim would never wake up from her coma, or that if she did, she might be severely impaired.

“While in the coma, only once did I think I was dying,” she says. “I just remember this thought in my head that I had to fight like mad or I’m going to be dead, that is the last thing I remember before waking from the coma.”

I woke up and my sister asked me what day it was, and I said, ‘It’s Jake’s birthday.’ I’m not sure how I knew, but I knew not to die on my son’s birthday.”

People who survive sepsis can have varying ongoing side effects from their experience. Some people will have had amputations to remove damaged tissue. Post-sepsis syndrome is a term given to a collection of symptoms people who have survived sepsis might experience, including fatigue, insomnia, difficulty concentrating or with memory, muscle weakness, depression and anxiety. A weakened immune system can also make sepsis survivors prone to infection.

For Kim, fatigue and a damaged spine means she has to manage her days, so she doesn’t get too tired or suffer chronic pain. If she travels for an appointment, she finds she has to spend the next day resting in order to recover.

“I was always fit, healthy and strong,” she says. “I loved the outdoors, anything to do with the beach or hiking, I was up for it. I also loved doing woodwork. But all of that is stuff now I can no longer do, so it’s been a big adjustment.”

Her experience was also traumatic for her family and friends, especially her sons. “They’ve blocked out a lot of it, they really struggled with it all. I mean, I was pretty much out for the count and no one expected me to live, it was very sudden and traumatic on all the family.”

Kim’s life has changed a lot since she had sepsis, but she tries to look on the bright side.

“In our family, we’ve got this saying,” she says. “We say, you know, you could have been a worm farm! That’s my go to on the tough days.”

Now, she encourages other Queenslanders and hospital staff to always be on the lookout for sepsis.

“Know what it looks like and speak up for yourself and your family. If it hadn’t been for my family getting me to the hospital and getting me seen, I wouldn’t be here to raise awareness.”

Not all cases of sepsis are preventable, but there are things you can do to reduce your risk of developing the condition.

In the lead up to the yearly influenza season, getting a flu shot can lower your risk of getting the flu, and in turn, developing sepsis. In 2020, with the coronavirus (COVID-19) pandemic impacting our communities, this is more important than ever. While the flu vaccine does not protect against COVID-19, it can reduce the severity and spread of influenza, which might also make people more likely to get other respiratory illnesses like COVID-19 and make their symptoms more severe. Both diseases put you at risk of developing sepsis, so it’s worth doing all you can to avoid catching them.

You can learn more about sepsis at the links below.

The decision that saved Michael’s life from sepsis

Sepsis: how trusting her instincts helped Mel save her baby daughter’s life