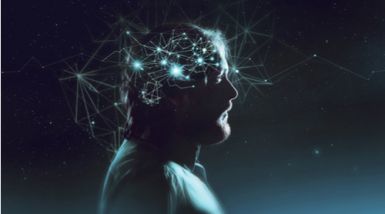 Dementia is the term given to a collection of symptoms, which means not everyone with dementia will experience the same symptoms or progression of the disease.

Dementia affects over 400,000 Australians, and numbers are rising. How much do you know about this common condition?

Dementia is not a single disease

Dementia is a banner term for a collection of symptoms. Different names for types of dementia including Alzheimer’s disease, frontotemporal dementia and vascular dementia. Not everyone with dementia will have the same symptoms or long term experience.

It’s not just about forgetting where the keys are

Short term memory loss is one symptom of dementia, but other symptoms include:

While dementia is more common in older people, younger onset dementia can affect people in their 30s and 40s.

Dementia can be caused by other diseases or trauma

Dementia can be bought on by other diseases like Parkinson’s disease or HIV/AIDS, or trauma, like moderate or severe brain injuries. There are some ways you can help prevent dementia

According to Health Direct, risk factors of dementia include:

What to do if you’re worried about dementia

If you’re worried that you or someone you know might have dementia, it’s important to talk to a doctor about it.

Symptoms of dementia, including forgetfulness, can also indicate other diseases, so it’s important to get a diagnosis. Early diagnosis of dementia can help the person with dementia and their family plan for the future and receive support and help and might enable them to access treatments that slow down the disease.

The National Dementia Helpline is a free, confidential phone and email information and support service.

Your Brain Matters provides information about keeping your brain healthy and reducing your risk of dementia.