Tony Mooney AM - Board Chair Townsville Hospital and Health Board

Tony Mooney commenced as Chair of the Townsville Hospital and Health Board (THHB) in May 2016. He is also part of the Board Executive Committee.

Tony is currently Director of the Tropical Australian Academic Health Centre. Previously, Tony was a Councillor and Deputy Mayor for the Townsville City Council and was elected Mayor in 1989. He held the position of Mayor of Townsville until 2008. In 2008, Tony was made a Fellow of the Australian Institute of Company Directors. In 2011, Tony was awarded an Order of Australia (AM) for services to local government and the community.

Tony previously served on the boards of numerous government and community entities, including: Ergon Energy, LG Super and Townsville Entertainment Centre Board of Management where he was Chair until 2008 Tony was also the inaugural Chair of the Willows Stadium Joint Board (currently 1300 Smiles Stadium). In 2011, Tony was appointed by the Federal Government to the Board of the Great Barrier Reef Marine Park authority where he served until 2016. 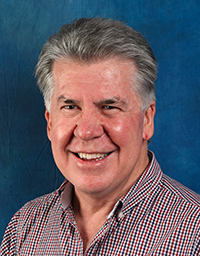 Tony Mooney AM Board Chair