What you should know about your pelvic floor: pre-pregnancy, during pregnancy and after giving birth 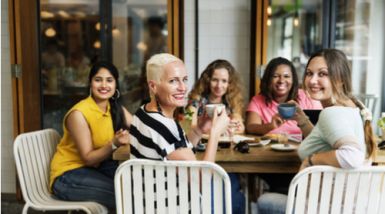 It’s never too early or late to learn about and strengthen your pelvic floor.

Squeezes, Kegels, zip-ups – whatever you call them, pelvic floor exercises are important for women at all stages of life.

Pregnancy and birth (both vaginal and caesarean) can put stress on and damage the pelvic floor. So, if you are planning to have a baby, you’re pregnant or you’ve had a baby (or a few), now is an especially important time to pay attention to those muscles downtown.

What is my pelvic floor?

Your pelvic floor is the band of muscles that stretches across the bottom of your abdomen, from your tailbone to your pubic bone. These muscles support your pelvic organs, which include your uterus, bladder and bowel. Think of your pelvic floor like a hammock on which these organs rest. The pelvic floor muscles also help stabilise your spine.

Your pelvic floor includes your sphincters, which are the muscles that surround your urethra and anus. These are the muscles that you use to stop yourself from peeing, pooing or passing wind when you don’t want to, including when you do things like exercise or sneeze. Your vaginal muscles are an important part of your pelvic floor too. These muscles are used during sex and giving birth vaginally.

Marian says there are signs women can look out for that might indicate an issue with their pelvic floor.

“Leakage of urine and vaginal heaviness are two obvious signs of pelvic floor problems. Less obvious signs could be pelvic girdle pain, lower back pain, constipation and pain during intercourse.”

Why should I exercise my pelvic floor?

The benefits of a healthy pelvic floor are numerous. Exercising these muscles before falling pregnant and during pregnancy can decrease the damage done to the muscles by the strain of carrying a growing baby, decrease the risk of injury during a vaginal birth and speed up recovery afterwards. A strong pelvic floor can also make sex more enjoyable.

And if you don’t pay your pelvic floor some attention?

Marian says, “A weak or damaged pelvic floor can lead to urinary and faecal incontinence, urgency and frequency, as well as pelvic organ prolapse (which happens when the pelvic organs bulge into the walls of the vagina). A weak pelvic floor can also contribute to pelvic girdle pain and lower back pain.”

Marian adds, “After having a child, many women also wish to return to sports and recreational activities that require good pelvic floor strength.”

So, if you’re planning to hit the gym or run around the backyard with the kids, or if you’re prone to the occasional sneeze, pelvic floor strength is going to be your friend.

What happens to the pelvic floor during pregnancy and birth?

Marian explains that as your baby and belly are growing, your pelvic floor is changing, too.

“Pelvic floor muscles work harder than normal during pregnancy: they are required to support the weight of the growing baby. They are also softened by the effects of pregnancy hormones.”

Whether your give birth vaginally or by caesarean, you’re pelvic floor muscles will be impacted.

“During a vaginal birth, the pelvic floor muscles undergo considerable stretching and strain. During a caesarean, surgery through multiple muscle layers can lead to a slower recovery generally and a weakened abdominal wall.”

While pregnant, women can still exercise their pelvic floor, but might need to change their routine. Marian recommends talking to a physiotherapist about your pelvic floor during pregnancy.

The pelvic floor after giving birth

Things change again after giving birth, and it can be a good idea to talk to an expert about what you should be doing to help your pelvic floor recover and regain strength.

Marian says, “Pelvic floor exercises done post birth are very different from those done before the birth. The state of the perineum and the length of the second stage of labour are just two of many factors a physiotherapist considers when prescribing an individual pelvic floor exercise program after a woman has given birth.

In the first six weeks the pelvic floor focus is on recovery. Research indicates the benefit of strengthening from 6 weeks, especially if there has been any perineal trauma.”

I’m not pregnant yet, should I start pelvic floor exercises now?

Yes – when it comes to strengthening your pelvic floor it’s a case of the earlier, the better.

Marian says, “The earlier you start your pelvic floor exercises, if taught correctly, the better the likelihood of success with pelvic floor strength. 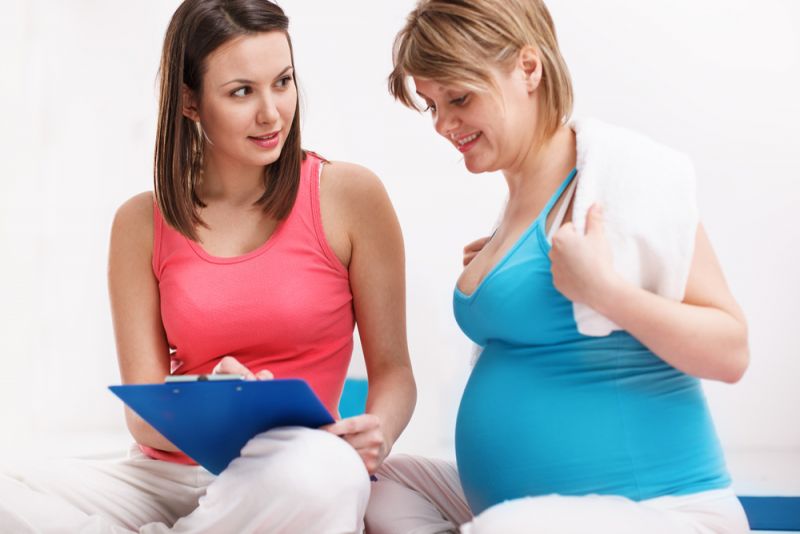 How to exercise your pelvic floor properly

Just like you might hire a PT to show you how to use gym equipment properly, you can work with your GP or ask for a referral to see a pelvic floor physiotherapist to learn how to exercise your pelvic floor in the right way.

Continence Australia has a general guide to pelvic floor exercises for all women on their website. Keep in mind that as your body changes during pregnancy and as you get older, or if you don’t know if you’re doing the exercises correctly, a pelvic floor physiotherapist will be able to help you work on a program suited to your individual needs.

It turns out many women aren’t doing their pelvic floor exercises in the right way, and unfortunately, this can do more harm than good.

Marian says some of the common mistakes women make when exercising their pelvic floor include holding their breath and using accessory muscles incorrectly while doing the exercises. Some women also find that they ‘bear down’ with the muscles instead of ‘pulling up’.

Marian also discourages women from overdoing it after they’ve had a baby.

Many women assume that once the baby is born they can return to full pre-pregnancy exercise. This is not the case, as hormonal changes continue in the long-term and are related to how long a women breast feeds and when periods return.

There is also a time lag beyond pregnancy for return to pre-pregnancy hormone levels. These hormones serve to soften the support structures in the pelvic floor.”

I’m busy. Do I really, really have to?

Women have a lot on their plate, and kids only make the schedule busier. Is it really that important to work your pelvic floor?

Your pelvic floor is going to play a role in your overall health for the rest of your life. It’s never too early or late to learn about and strengthen your pelvic floor.