Patsy has extensive clinical, education and research experience in cancer and palliative care, the past six years in a joint academic-clinical appointment with the Division of Oncology at Royal Brisbane and Women's Hospital. Patsy has an established program of research in various aspects of symptom management and supportive care, and is currently undertaking funded studies evaluating supportive interventions for people experiencing pain, breathlessness, and fatigue.
Patsy has received many honours for her research. She is immediate past President of Palliative Care Australia, a previous Chairperson for the Cancer Nurses´ Society of Australia, and member of the Board of Trustees for the International Society of Nurses in Cancer Care. She is also a member of the Medical and Scientific Committee of Cancer Council Australia. 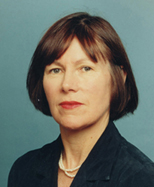 Janet Hardy graduated from Auckland Medical School and trained in medical oncology at Auckland Hospital. In 1986 she was appointed as research fellow in the department of Clinical Oncology to supervise the early clinical trials of a new anti-cancer agent developed by the Auckland Cancer Research Group. After completing an MD, she took up a position as senior registrar in medical oncology at the Royal Marsden Hospital in London. She worked closely with the palliative care team at the Royal Marsden and in 1991 was offered the position of locum consultant in palliative care.
Janet was subsequently appointed to a substantive consultant post as Head of the Department of Palliative Medicine and Head of Research. In 2003, she took up the position of Director of Palliative Care (now the Palliative and Supportive Care Service) at Mater Health Services Brisbane. Janet is also Medical Director, Mater Cancer Care Centre.She maintains an active interest in palliative care research and is now the Clinical Research Programme Leader for the Centre for Palliative Care Research and Education. Her major research interests are in the clinical development of new analgesics and analgesic formulations, the management of cancer–related nausea and vomiting, and in facilitating research in palliative care. Her mission is to improve the evidence-base on which the practice of palliative care is founded. 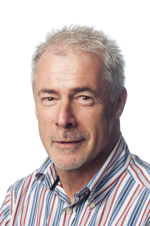 John has been involved in palliative care since working in the early 1990s on Ward 4B at The Prince Charles Hospital in Brisbane - an oncology ward with a palliative care philosophy. It was at this time that his involvement with Karuna Hospice Service started, being involved from the first public meeting held to discuss the setting up of a Buddhist hospice home care service. He was an academic at Australian Catholic University, working with colleagues to develop and teach a post graduate palliative care program. John has worked in a clinical capacity with Cittamani and Karuna Hospice Services, Mt Olivet (St Vincent's) Home Care, and Brisbane South Palliative Care at Princess Alexandra and Mater Hospitals.
John is President of Palliative Care Queensland, and a past President of Palliative Care Nurses Australia. Amongst other duties, John's work at the Centre involves maintaining the website. He is particularly interested in the use of new technologies to augment traditional educational methods in palliative care. Prior to joining the Centre in October 2006, Rosaleen was employed as a Human Resources Officer within the Armoured Car Industry. Rosaleen holds a Bachelor of Business from the University of Southern Queensland, and has over 10 years work experience in human resource management within the areas of recruitment, training, payroll, workplace health and safety, workers compensation and rehabilitation. Rosaleen has worked for Brambles Security Services, Chubb Security Services, and earlier in her career worked for Queensland Health at the Dalby Health Service. Rosaleen is a qualified Workplace Trainer and Workplace Rehabilitation Co-ordinator, and has completed various health and safety, payroll, and human resource management training courses.