What is Tourette syndrome and can social media cause it? 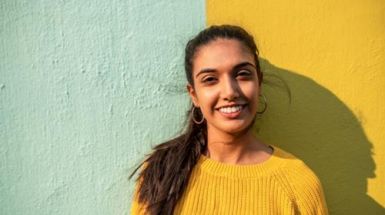 It is named after Georges Gilles de la Tourette, who first described the disorder in 1885.

TS causes people to have tics, which are sudden movements or sounds that repeat. These can be motor tics or vocal tics.

American musician, Billie Eilish, has recently spoken publicly about living with Tourette. It’s surprisingly common and affects around one in 100 children. It usually develops gradually between the ages of five and 15 years. The average age is six.

Tics can be simple or complex.

Simple motor tics involve one or just a few parts of the body. Examples include:

Complex motor tics can involve multiple parts of the body. A person may bob their head while shrugging a shoulder or jerking an arm. Other examples include:

Simple vocal tics can include:

Complex vocal tics can include:

Tics can vary in type, severity and how often they occur. They can also happen during sleep. They can change over time and are often worse when a person is sick, anxious, excited, or tired. Tics can get worse in the early teen years and improve in adulthood.

Many with TS experience something called a ‘premonitory urge’. It's an uncomfortable sensation such as an itch, tingle, or feeling of tension somewhere in the body. The tics often relieve these feelings.

TS is unique from other disorders that cause tics, such as chorea. People with TS can often control their tics for short periods. Doing this can cause the next round of tics to be more intense.

The exact causes of TS are unknown, but a family history of tic disorders may increase the risk, as does being male. Males are up to four times more likely to be affected than females.

Tic disorders, including TS, are usually diagnosed by a person’s symptoms.

They differ in types and combinations of tics, as well as how long the tics have been occurring. A diagnosis of TS may be made if a person has had both motor and verbal tics for at least one year.

Many children diagnosed with TS are diagnosed with at least one other mental, developmental, or behavioural disorder, such as anxiety, obsessive-compulsive disorder (OCD) or attention-deficit/hyperactivity disorder (ADHD).

If present, it’s important these are identified and treated accordingly.

TS has no cure, but may improve by itself over time, or with the transition to adulthood. Medications and behavioural treatment can be prescribed if the tics are causing pain, injury, or stress. Or interfere with daily school, home, work, or social life. Some neurologists offer shared care with a psychiatrist or neuropsychiatrist.

Media have reported an increase in young people developing tics since the start of the COVID-19 pandemic (mainly pre-teen and teen girls).

The focus was whether social media was causing this increase in so-called ‘TikTok tics’.

Neurologists say they have noticed an increase in numbers of teen girls with tics since the pandemic started. But they believe that the new tics are hardly ever caused by TS.

Instead, they may be symptoms of functional neurological disorder (FND).

TS begins gradually in early childhood and affects boys much more often. But functional tics can begin quite suddenly and are much more common in girls.

Another factor is clustering, also called sociogenic illness or social contagion. Teens’  tics are being influenced by who they follow on social media. Some users have acquired unusual or unique tics from watching others with those tics on social media.

One study analysed 3,000 TikTok videos using the keywords ‘tic’, ‘Tourette’, or ‘Tourette’s’. It found that the tics displayed by TikTok users were very frequent, and severe. Arm movements were most common, which is not usual for typical tics (facial tics are most common).

These last two do not occur often in typical tic disorders. Coprolalia is the most widely known symptom of TS to the public. But it only occurs in a minority of people with TS.

The study concluded: ‘TikTok tics are distinct from what is typically seen in patients with Tourette syndrome, although they share many characteristics with functional tics. We believe this to be an example of mass sociogenic illness, which involves behaviours, emotions, or conditions spreading spontaneously through a group.’