What is it like to live with obsessive compulsive disorder? Mark shares his story about what it's like to live with OCD.

While often joked about – think: I folded my washing in colour-coordinated piles today, how OCD! – the condition is serious and can significantly impact a person’s life. It’s also treatable, but worrying about what other people will think of them or stigma about the condition can stop some people from seeking help.

We spoke to Dr Michelle Blanchard, Deputy CEO at SANE Australia, about what OCD is, and Mark Highet, a Queenslander living with OCD, about his experience of living with OCD.

OCD is an anxiety disorder. Like any mental health condition, it can affect people with different levels of severity and in different ways. While there can be similarities, each person’s experience of OCD is specific to them.

“Obsessive compulsive disorder is a complex mental illness,” says Dr Blanchard, “where people may find that they are troubled by recurring unwanted thoughts, images or impulses as well as obsessive actions and repetitive rituals. People with OCD are usually aware that their symptoms can be irrational and excessive, but they find the obsessions uncontrollable and the compulsions impossible to resist.”

What are obsessional thoughts?

Unlike the occasional worry that you’ve left the stove on or an unpleasant daydream about things going wrong, which happens to everyone sometimes, obsessive thinking is persistent and uncontrollable.

Obsessional thoughts are ideas, images or impulses that repetitively enter a person’s thoughts which the person can’t control. These thoughts can be about anything, but common topics include:

Obsessional thoughts can be distressing and disruptive for the person experiencing them.

Compulsions are repetitive behaviours that a person feels like they must do, even if they don’t want to, they find them unpleasant, or doing them doesn’t make them feel good.

While you might feel ‘compelled’ to arrange a space neatly so that it looks better, a compulsive behaviour is something that a person acts on out of a feeling of necessity, rather than a preference. Just like obsessions, compulsions vary from person to person. Examples of compulsive behaviour are:

Compulsions can take up a lot of a person’s time and can be exhausting for them, affecting their relationships and ability to perform in their work or study. Compulsive behaviours often happen together with obsessional thoughts. 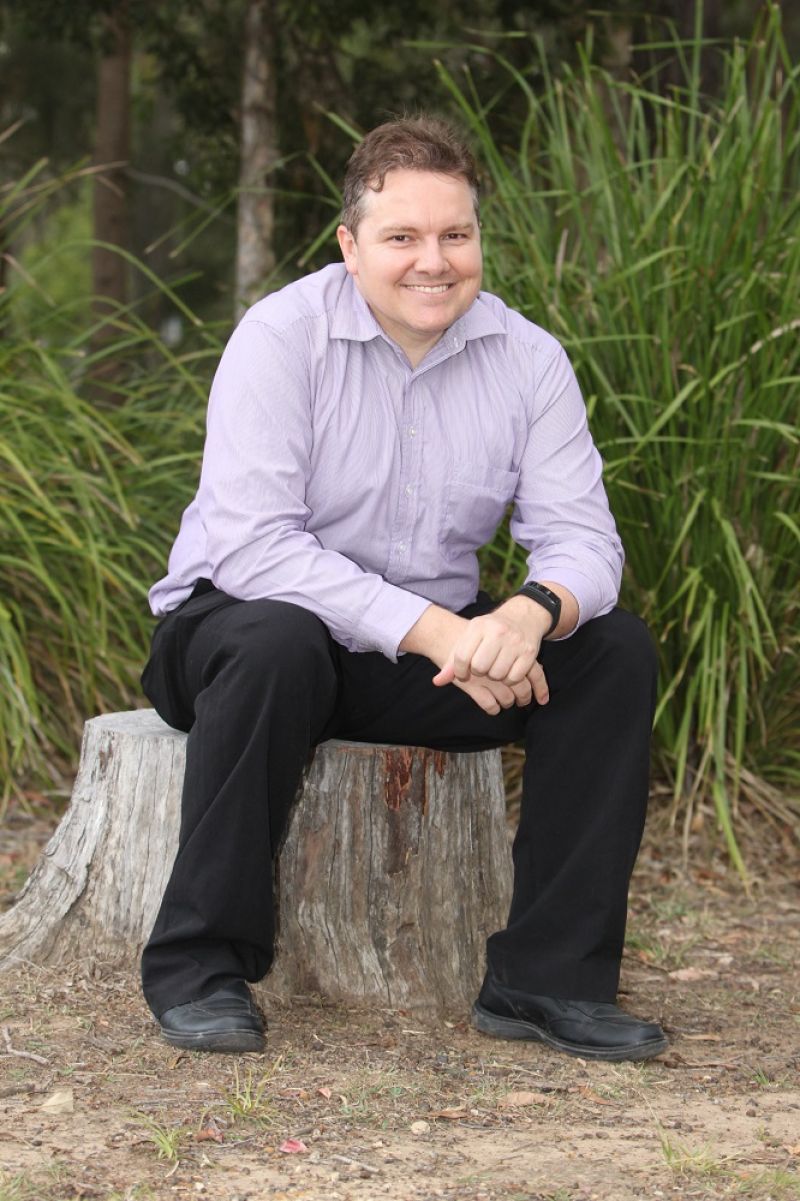 Mark is a father, husband and public servant. OCD has affected him for some time, and at the moment, is part of his everyday life.

Mark’s OCD presents itself in different ways, and he can’t always predict what will trigger his initial anxiety. “I have a problem with light switches, I don’t know why. I went to get ready for work one day and I couldn’t turn the light on in the ensuite, because I was worried I wouldn’t be able to turn it off. I dressed in the dark; I couldn’t see where anything was.”

For him, OCD presents first as an irrational thought that snowballs into anxiety and actions to relieve the anxiety. “You get the intrusive thought – it’s not rational, it’s like a superstitious thought almost,” he explains. “Then you get the anxiety and then the compulsion, where you feel so compelled and the anxiety is so high that you’ll do anything to get rid of that.”

“For example, one day I was filling up my daughter’s water bottle,” he says, “and I had the thought that the water might be contaminated. I rationally knew it wasn’t, but I had this worry. So, I turned back to the sink, tipped it out and filled it again. I went to give it to her, but then I worried again, so I tipped it back out. I must have done it 40 times.”

Mark says he had to tell his colleagues at work about his condition, to help them understand his behaviour.

“The three things that are the hardest for me are the guilt of having it, the shame of trying to hide it and the humiliation when someone sees you,” he says. “I had to pull all my workmates aside and say, this is hard for me and I’m sorry you have to see me repeating things. You have no idea how much I’ve done just to get to this workplace this morning.”

Mark’s OCD impacts his work life and his home life, and he worries about how his condition affects those around him. By sharing his story, he hopes to dispel the idea that someone could control their OCD if they tried harder or that OCD isn’t a serious condition.

“It’s not rational, it’s not reasonable. It’s against my will and I don’t want to do it,” he says. “It feels like I’m so busy trying to live, that I’m forgetting to live.”

Is it okay to joke about being ‘a bit OCD’?

Liking things to be neat and tidy, enjoying organisational tasks or being pedantic about the way other people do things doesn’t mean you have OCD, and making light about a condition like OCD can increase stigma which stops people who are unwell from seeking help.

“Sometimes people use phrases like ‘I’m so OCD’ because they can relate to the symptoms of OCD – even if they lack the actual diagnosis,” says Dr Blanchard. “Like most mental health issues though, it’s no laughing matter. OCD is often appropriated as a casual term but trivialising it only adds to the stigma that often prevents people from seeking help.”

It’s difficult for Mark to hear jokes about OCD while he is working hard to manage his condition. He says, “At my work we have a regular meeting, where everyone goes around the table and updates on how they’re going. One day, one of my co-workers said, ‘Oh sorry, that’s so OCD of me,’ when she finished her bit. When I hear that, I think, ‘if only you knew’. It’s a real, and really hard, condition.”

If your desire to control your environment, actions or other people’s actions is causing you anxiety or stress, then it’s worth seeing your doctor as a first step in supporting your mental wellbeing regardless of whether you have OCD or not. 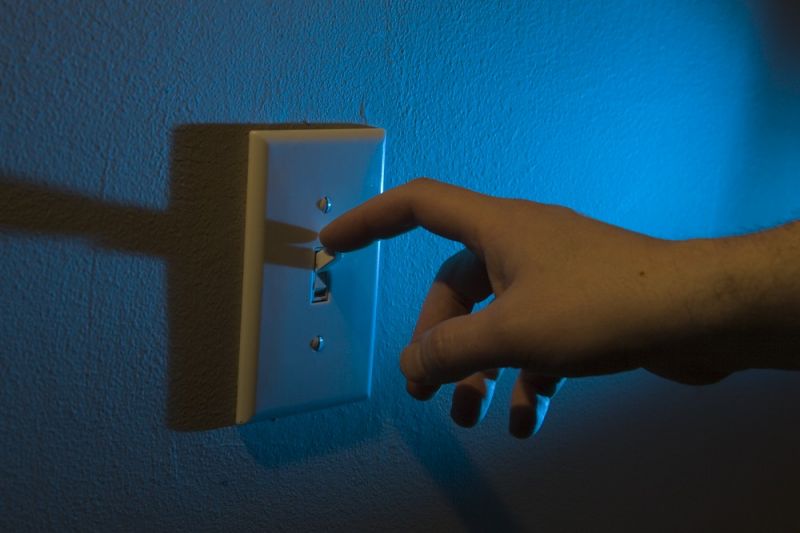 A GP or psychologist can diagnose OCD by reviewing the symptoms someone displays of obsessional thinking and compulsive behaviour.

For Mark, finally being able to talk about his OCD was a relief.

“I think I’ve had OCD for quite a while, but never really known or accepted it,” he says. “I was too embarrassed to talk about it. It’s really empowering when you can talk to someone about it and start living with it.”

Dr Blanchard emphasises how beneficial a trusted confidant can be for someone with a mental health condition like OCD.

“Having meaningful, open conversations with trusted friends, family or professionals can help empower people with OCD to seek help,” she says. “Just little things like active listening and empathy can make a world of difference.”

There are different methods of treatment that can help people with OCD manage their symptoms. Each person’s treatment should be tailored to them and their experience of OCD.

Psychological therapy, medication, lifestyle changes and ongoing support through community groups are all tools that can help people with OCD. If you think you or someone you know might be experiencing OCD, seeking professional help from your GP is a good first step in finding the right treatment plan.

“It’s important for people to know there is help available and that they are not alone,” says Dr Blanchard. “There are a number of effective treatments for OCD, so it’s certainly something that can be managed.”

Mark currently uses exercise as a method of relieving some of his OCD symptoms. “I’ve been walking to the train station, because exercise has been a help. It’s a time I can be free of OCD,” he says.

He has also worked with a psychologist, undertaken a cognitive behaviour therapy course, and taken medication to help manage his OCD.

“Having a good support system is essential,” he adds. “I’ve made friends with people I can talk to and rely on. My parents live only a few suburbs away, and having family close is very useful.” Where to get help

It might feel difficult to open up about what’s been happening if you think you or someone you care about is experiencing a mental health condition like OCD. But, telling a doctor or someone else you trust can be the first step to managing the symptoms and becoming well again.

You can talk to your GP about what you’ve been feeling, thinking or experiencing. They might create a mental health care plan for you, so you can access services like a psychologist. A GP can also listen to your concerns about someone in your care, like a family member or child, and help you decide what steps to take to help and support them.

If you aren’t comfortable talking to your doctor yet, you might find it easier to start by speaking with a trusted friend, family member, colleague or teacher. Or, you can access one of the confidential online or phone counselling services listed below.

Reach Out Australia – How to deal with OCD

Thank you to Mark Highet for sharing his story of living with OCD and to Dr Michelle Blanchard from SANE Australia for sharing her expertise.