Why do men die younger than women? It’s true; they do, on average.

An American Psychological Association article on the topic quotes an old joke about a man who goes to the doctor complaining of seeing spots. The doctor’s receptionist asks, “Have you ever seen a doctor?” He says, “No. Just the spots.”

The joke reflects an underlying social truth: that men are less likely to look after their health and see their doctor.

If you’ve ever visited a nursing home, assisted-living facility, or other seniors’ community, you may have noticed there are often more women than men.

Globally, women more frequently report and seek care for stress, depression, or anxiety. Women experience lower earnings and face many other social inequalities but outlive men in all countries—without exception—even in countries with extreme inequalities.

So, why do men die younger than women?

Boys and men tend to underestimate risk, suppress emotions and be more impulsive and sensation-seeking. They take more frequent and more dangerous risks.

Hormonal differences may make men more prone to taking risks. Also, the frontal lobes in the brains of boys and young men develop more slowly. This part of the brain is believed to be involved in judgement and evaluating consequences, and this delayed development may contribute to boys and young men engaging in more risky behaviours and activities.

In many higher-risk tasks—such as military combat, construction, oil rigs, saturation diving, search and rescue, policework, and firefighting—men outnumber women by a considerable margin. Although since WWII, the number of Australian men dying in combat, or in first-responder work is relatively small, the associated stresses and unhealthy lifestyles can impact lifespan directly and indirectly due to stress and associated unhealthy lifestyles.

More men than women participate in higher-risk sports and activities, especially contact sports such as rugby and boxing, or driving cars or motorcycles at high speeds, or racing. Adverse incidents may lead to long-term disability and premature death. Males made up 73% of all road fatalities in Australia from 2013-2018.

A study of nearly 34,000 people in Norway who had a heart attack between 1979 and 2012 found that throughout life, men are about twice as likely as women to have a heart attack. Even after adjusting for traditional risk factors for heart disease, such as high cholesterol, high blood pressure, diabetes, body mass index and physical activity, the risk persisted. Experts still aren’t sure why.

Biology is a factor. The female sex hormone estrogen is protective of cardiovascular disease and is partly responsible for the lower incidence of such diseases in women up until menopause.

The male sex hormone testosterone is higher in men and is associated with a higher risk of cardiovascular disease.

Female bodies are known to produce stronger immune responses and larger amounts of antibodies compared with male bodies. This may help them ward off diseases and live longer.

Studies have shown that in general women are more health conscious and have higher awareness of physical and mental symptoms than men. They also are more likely to communicate their health problems or needs effectively.

Men are generally less likely to see their doctor when they have symptoms, complete a course of treatment, do routine health checks, and skip recommended screening tests.

Failing to seek treatment or to complete treatment for illness, injury, or chronic conditions may make health outcomes worse for men.

In 2019, among Queenslanders aged 14 years and older, males were 1.7 times more likely to have used any illicit drug in the past 12 months compared to females.

Among Queensland adults aged 18 years and older, 50% of men compared to 26% of women consumed alcohol above the limits recommended in the 2020 Australian guidelines to reduce health risks from alcohol.

According to The Health of Queenslanders report of the Chief Health Officer Queensland 2020, of the 410,000 Queensland adults who smoked daily in 2020, 12% were male and 8.9% were female. People with fewer or weaker social connections tend to have higher death rates, for reasons that are unclear, and this tends to be men more often than women.

Studies suggest men are less likely to adhere to COVID-19 precautions. They also suggest that COVID-19 mortality is higher in men.

There is a rule of thumb in biology that larger-sized animals within a species tend on average to have shorter lives. Male humans are on average larger than females, so it’s feasible that this may have some effect.

Other possible causes have been put forward, including differences at chromosomal or genetic level. The Y chromosome tends to develop more mutations than the X chromosome, and abnormalities in X chromosomes in males are not masked by a second ‘good’ version, as they may be in females. Developmental disorders are more common in boys.

Boys and men in every age group die more often, particularly in their fifties and sixties, when the gap widens even more before narrowing again.

Men are also more likely to be homeless, or in custody.

According to the ABS, some reasons for improvements in life expectancy for men and women include:

In Australia, the life-expectancy gap between men and women has been narrowing. 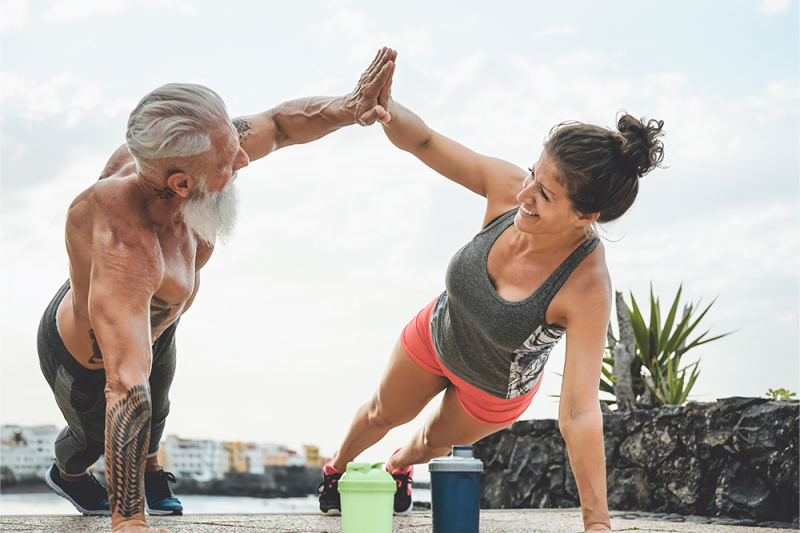 What can we do to improve life expectancy?

Live as healthily as we possibly can by:

Five ways to live longer as a Queensland bloke

See our blog on the topic.