The long-term effects of STIs: why you should get checked now STIs can have long-term impacts on your health.

The clap, the clam, the pox, the gift that keeps on giving – we’ve created so many slang terms to make sexually transmissible infections (STIs) seem a little bit funnier and a little less serious. But when the long-term side effects of STIs can include chronic pelvic pain, infertility and in rare cases, cancer, it turns out they are no laughing matter.

You won’t be able to tell for sure if you or the person you’re having sex with has an STI without being tested, because these nasty infections don’t always cause symptoms that you can see or feel.

That makes it kinda tricky, as people can be having sex without knowing they’re infected, which means the infection could be passed on and be causing damage to your body unnoticed. But it’s also simple, really simple to be sexually healthy. You see, there are a couple of easy things you can do to have a confident and healthy sex life, to look after your body and make sure you don’t have an infection that could cause you harm.  We’ve got you covered here with a rundown of the most common STIs, what they can do to your body and simple ways you can prevent getting them.

Chlamydia is one of those STIs that people can live with for years without knowing they have it. It’s really common – in 2019 alone, over 23,000 Queenslanders were diagnosed with chlamydia.

If it’s not treated, chlamydia can cause pelvic inflammatory disease (PID) for people with a vagina, which is a serious illness that causes fever and pain in the lower abdomen. PID can also cause scarring in the fallopian tubes, which can make it difficult to become pregnant and increases the risk of having an ectopic pregnancy. Babies whose mothers have untreated chlamydia might be born with eye or lung infections.

Untreated chlamydia can cause infections in the urethra (the tube in the penis that pee and semen passes through) and also cause sore, swollen testicles. Ouch.

Gonorrhoea has a name as ugly as its long-term side effects. Just like chlamydia, it won’t always cause symptoms, so you might not even know it’s there while it messes with your body.

Gonorrhoea that has not been properly treated can cause an infection in the testicles, leading to infertility. Like chlamydia, it can also lead to PID, which may cause chronic pain, infertility and increased risk of having an ectopic pregnancy.

Gonorrhoea infection also increases the risk of HIV transmission in people of any gender.

Human papillomavirus or HPV is a virus that can cause genital warts, but it won’t always cause symptoms. You can catch HPV even when there are no warts around. If you have warts, these can be treated.

The good news is that regular cervical screening through the National Cervical Screening Program can accurately detect a HPV infection.  If you have a cervix and are aged over 25 years, you should talk to a doctor or nurse about having a cervical screening test.

Also, you can get vaccinated against HPV, and people of all genders can get this vaccination. You can read more about how and when to get vaccinated on the HPV Vaccination website. (Note: you should still have cervical screening tests even if you have had the HPV vaccine).

Diagnosed cases of syphilis are on the rise in Queensland, more than doubling between 2015 and 2019. Caused by a type of bacteria, it’s easily curable but can leave permanent damage if it’s not treated.

At first, syphilis causes sores or ulcers around the mouth, anus, penis or vagina that are often painless and don’t bleed. They’re kind of like an ulcer you might get when you accidentally bite your cheek, but that doesn’t necessarily hurt.

Other possible symptoms of a syphilis infection are similar to those you experience when having the flu. In its later stage, it can cause rashes, swollen glands, wart-like lumps on your body, hair loss, headaches, tiredness and pain in your muscles, bones and joints. Sound bad? It gets worse.

If not treated, the signs of syphilis will come and go over years. But regardless, the infection will still be in your body and can lead to serious permanent problems like damage to the nerves and large vessels near the heart.

A pregnant person with syphilis can also pass it on to their unborn baby, which can cause a severe, disabling and life-threatening infection in the baby and sometimes, the baby can die from it.  This is why a syphilis test is routinely recommended for those who are pregnant.

Unprotected sex is one of the most common ways to get Human Immunodeficiency Virus, or HIV. With its complex history there is a lot of unnecessary and harmful stigma around HIV. The reality though is there is no need to be scared of or avoid people living with HIV.

HIV can be passed on when infected pre-cum, semen, blood or vaginal fluid enters the body of a person who doesn’t have the virus during sexual activity or sharing injecting equipment. You can’t catch HIV from kissing, hugging, sharing eating utensils, shaking hands or from any other everyday social contact. It can be passed on during pregnancy and breastfeeding though, so a routine HIV test is recommended for those who are pregnant.

When not treated, HIV can progress to Acquired Immune Deficiency Syndrome (AIDS). This can damage the immune system, making the body vulnerable to infections that can lead to serious illness.

People living with HIV are also able to reduce their risk of passing on HIV to sexual partners through something known as ‘treatment as prevention’ or U=U (Undetectable = Untransmissible).  When a person who has HIV is taking HIV treatment and has an undetectable viral load (this means very low levels of HIV in their blood test), they are unlikely to pass the virus on through sex. For more information see HIV prevention

While HIV prevention and treatment has come a really long way in terms of reducing its effects and transmission, it’s important that diagnosis is made as early as possible, so you can get started with treatment. 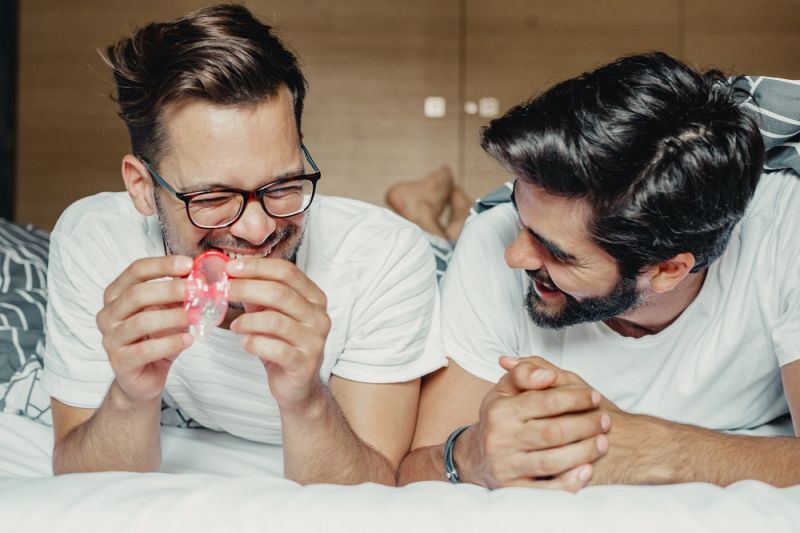 If you’re having sex, the best way to prevent getting an STI whilst having any kind of sexual contact is to use condoms for protection. This includes oral sex, although dental dams are also available.  Condoms literally create a barrier between your skin and someone else’s, so that most STIs can’t get through.

You should also use condoms on sex toys if you’re sharing them or using them in more than one part of the body.

It sounds easy right? And in many ways it is, but let’s be real – it isn’t always. Especially when the person you’re having sex with throws you a curve ball with a line like, ‘But sex doesn’t feel as good with a condom’.

Coming back from those kinds of lines can be hard and negotiating to have safe sex in those situations or in the heat of the moment can be tricky. Whether it’s a playful conversation or a more serious one, having a chat with your partner about condoms and getting regular STI testing is key to taking the worry out of sex and getting on with the fun stuff. Some of these conversation starters may help.

How do I know if I have an STI? Get tested, once a year and between every partner

As these infections often don’t cause symptoms, the only way to know for sure if you have an STI is to get tested regularly if you’re having sex. Regularly means at least once a year and between every new partner. It’s much better to know than not to know so that if you do have an STI, you can get it treated as soon as possible.

Stop the Rise of STIs

Condom 101: are you using condoms correctly?