Migraines and their triggers Exactly what causes migraines is unknown but many patients are aware of the triggers.

For Alana Marquart, mental and physical exhaustion can summon a migraine.

“I get them when I’m stressed or tired and I haven’t been sleeping properly,” she says. “I know when they’re coming on because I feel run-down and unwell.”

The exact cause of migraines, which affect over three million Australians, remains a mystery to the medical world, despite decades of research. Some studies suggest that they are caused by swelling of the blood vessels in the scalp and tissues around the brain, causing more blood to pump through the brain. Changes in brain activity and chemicals also appear to play a part.

However, patients and doctors have identified a range of factors that may trigger migraine attacks.

What factors contribute to migraines?

Like Alana, many people get migraines when they are stressed. The ordeal can be cyclic – stress provokes a migraine and the ensuing pain creates more stress.

Foods are also among the most commonly reported triggers. These include: chocolate; cheese; coffee or other caffeinated drinks; nuts; citrus fruits; processed meats; additives such as monosodium glutamate (MSG) and aspartame (an artificial sweetener); fatty or salty foods; and alcoholic drinks (usually red wine and beer). Migraines can also be brought on by irregular eating habits, such as skipping meals or fasting.

Other triggers include allergic reactions, viral infections or cold, back and neck pain, and intense physical exertion.

If your family has a history of developing migraines, there’s a strong chance you will get them also. 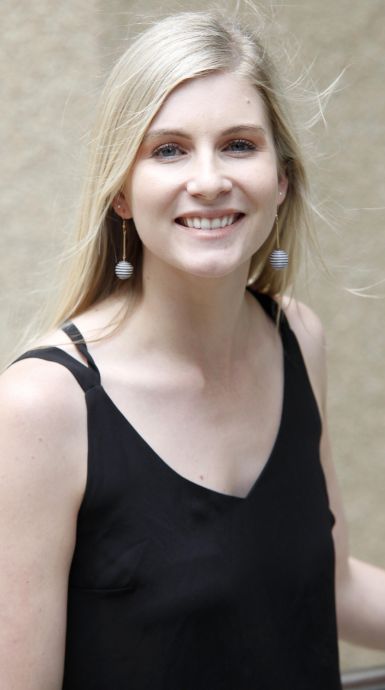 As Alana can attest, a migraine is a painful and distressing condition that can debilitate a person for hours, even days. Even though she is aware of the triggers, the onset of a migraine can be sudden.

“I had my first migraine when I was 12 and I’ve had them regularly since,” Alana, now 27 says. “I was at the school chapel and my right eye was a bit blurry and painful. I didn’t know what was going on. I was on my way back to class and I felt really nauseous. I couldn’t talk and couldn’t walk. I was taken straight to the doctor.”

Migraine attacks were frequent throughout Alana’s early teens but eased up as she got older. She still suffers them but only when she is exhausted or has used the computer a lot.

“I’ll get little splodges in my eyes and they’ll get progressively bigger and then the pain starts,” Alana says. “The really bad ones will last for two days.”

The experience of a migraine varies but common symptoms include:

Other symptoms may include: difficulty concentrating and confusion; generally feeling unwell; stiffness in the neck and shoulders; speech disturbance and problems with articulation or co-ordination; and osmophobia (sensitivity to smell).

Many migraine sufferers experience aura, which typically consist of vision disturbances such as flashing lights, zigzag lines or blind spots.

How can you treat a migraine?

A migraine is a very serious neurological disorder and requires regular medical attention.

You should discuss treatment options with your doctor but one of the most effective ways of avoiding getting a migraine is to avoid the triggers. Headache Australia has developed a comprehensive questionnaire to assist you and your doctor.

Maintaining a headache diary can help you identify patterns in which migraines occur so you can take preventative action. You may record details including what you do, eat or drink, your hormonal cycle, medications you are taking, and any changes to your environment or circumstances. Sharing this information with your doctor can be helpful in detecting triggers and developing strategies to manage your condition.

Alana says rest and a painkiller are often the only remedies that help her endure migraine attacks.

“I have to be lying down in a pitch-black room where there is no sound and I’ll take ibuprofen,” she says.

Other simple measures to relieve the pain include placing a cold cloth on your forehead or neck, trying to relax through meditation or soft music, and sleeping.

Doctors may prescribe acute medications such as aspirin, paracetamol, ibuprofen and anti-nausea drugs, or preventative medications including beta blockers, serotonin antagonists and antidepressants.

Therapies that complement medical treatments may be effective in preventing migraines or at least easing pain and reducing the intensity of migraine attacks. These include: massage, meditation, acupuncture, physiotherapy and relaxation techniques.

For more information on migraines, including treatments, contact Headache Australia.