The medical effects of one punch on the human body 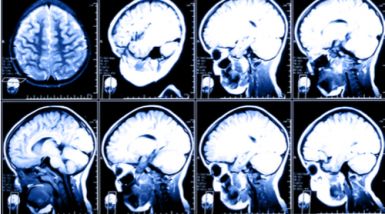 One punch can be enough to kill a person or leave them with serious, life altering damage.

It can be hard to believe that one punch can kill someone, but the medical effects of a blow to the head can be swift and severe.

How can one punch kill someone?

When a person is punched on the head, the impact will cause the brain to hit the skull.

Like a large bouncy ball in a small space, the brain may then rebound and smash into the other side of the skull. This bouncing back and forth can also cause twisting of the brain: again think of the large ball bouncing around in a small space that’s not quite spherical, like a skull with facial bones.

When picturing the impact of a punch or fall on the brain, Professor Andrew Kaye, Head of Neurosurgery at The Royal Melbourne Hospital, says to think of the brain like jelly on a plate: shake the plate hard enough and the jelly will shake and begin to tear. When a brain ‘rattles’ inside the skull, the neurons and cells making up the soft brain tissue can be damaged and torn apart.

There are a number of conditions that can result from this trauma to the brain.

A person who has been punched might experience the effects of concussion.

They may or may not lose consciousness, and for a time their cognitive functions might be impaired. They will most likely have a headache, might have memory loss, nausea, dizziness and ringing in the ears.

Post concussive syndrome may continue to affect the person after their injury. The more concussions they’ve had in the past, the worse the affects could be.

Damage to the brain stem

If the hit person loses consciousness and falls, they may hit their head on the ground or a piece of furniture. The sound will be something like two snooker balls colliding.

This might result in a fractured skull. If they’ve got a depressed skull fracture, parts of their broken skull will press into their brain. Once again their brain will bounce around in their skull, creating further trauma.

Swelling of the brain

Like any part of the body, when injured the brain swells. Swelling of the brain can cut off access to blood by squeezing shut the arteries and blood vessels that supply it.

After eight to 10 seconds without fresh blood to the brain, consciousness is lost. After four to six minutes without the oxygen the blood supplies, the brain begins to die. After five minutes, if this doesn’t result in death, it will result in irreversible brain damage.

Trauma to the brain may also cause a haemorrhage, or bleeding inside the skull or brain. Without immediate treatment, this condition is deadly, as is a hematoma, or blood clot, that forms from the escaping blood.

What if you live?

The brain has limited ability to heal itself. Often the brains of people recovering from brain injuries “rewire”, working around the damaged part of the brain to restore some function.

Survivors of one punch attacks can experience lifelong effects from their brain injury. They may not be able to return to work or study, may have ongoing psychological problems and may require help with basic tasks like shopping, cooking and catching transport.

No matter how old, big, strong, healthy or experienced with fighting someone is, one punch can be enough to kill anyone, or cause them permanent, life-altering damage.

Information about stopping one punch attacks and curbing behaviour that may lead to violence can be found at the links below.