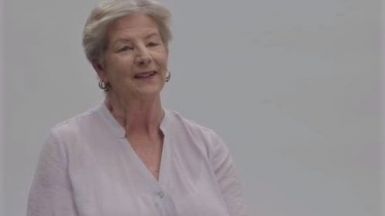 Therese knew something wasn't right after her knee surgery, so she went back to the hospital, a decision that might have saved her life.

When Therese went into hospital to have knee surgery, she wasn’t too worried about what would happen next. She’d had surgery on both of her knees before and was used to the recovery process. But this time, she was in for a much bigger ordeal.

A few days after she had been discharged, Therese found herself back in hospital, with her surgeon sitting by her side, explaining that she was in a serious condition. “He looked me in the eye,” she says, “and he took my hand, and he said to me that it could be life or death.”

It was after Therese had returned home from her surgery that she noticed her leg was much sorer than with past operations.

“The knee felt hot, and it just felt not quite right,” she explains. “I didn’t feel well. I was in a lot of pain and it was a different sort of pain; a hard, hot pain.”

Therese returned to hospital in an ambulance, where she was readmitted to help her manage the pain in her knee.

“When I returned to hospital, I could see the look of shock on the Nurse Unit Manager’s face. I must have looked horrible! I know now that she called my surgeon immediately.”

“When I saw my surgeon,” says Therese, “He said, ‘This is serious. No mucking around. It can be life and death.’ I sort of scoffed, and he said, ‘No, I’m serious. You’re in dangerous territory.’”

Therese had sepsis, a deadly condition that can develop when the body’s response to infection starts to cause injury to its own tissues and organs. She was put onto intravenous antibiotics immediately and scheduled to have another operation to wash the infection out of her knee. How does sepsis develop?

Sepsis is also known as septicaemia or blood poisoning. It is a severe type of infection that affects the function of the body’s organs. Sepsis can be caused by any type of infection – viral, fungal, or bacterial. It most commonly occurs with bacterial infections of the lungs, urinary tract (bladder, urethra, kidneys), abdomen, skin and soft tissues. It can lead to tissue damage, multiple organ failure and death.

Any type of surgery can create the opportunity for infection, which is why hospital hygiene practices are so strict and antibiotics might be prescribed after an operation.

Therese didn’t even know she had an infection, let alone sepsis, until she was back in hospital. “I never thought it was an infection until I was readmitted,” she says. “It was sore, but I thought, ‘Oh, Therese, you’ve done something silly to hurt it!’”

What are the signs and symptoms of sepsis?

You know yourself or your loved one best, and your instincts about their illness can help the medical team in their diagnosis and treatment. It’s important to know what to look for. 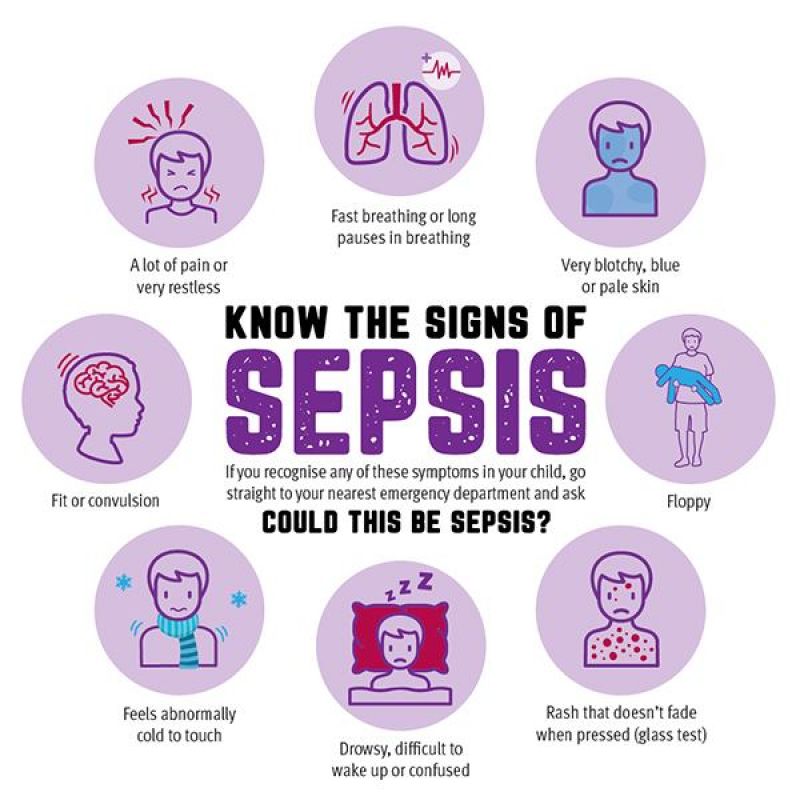 Sepsis is a life-threatening emergency. If you or a person in your care experiences any of these symptoms, head straight to the nearest hospital emergency department and ask, ‘Could this be sepsis?’.

Life after sepsis for Therese

When it became clear how sick she was, Therese remembers her outlook on the situation changed.

“I’m fairly easy going,” says Therese. “And all of a sudden, I wasn’t easy going. It became apparent that I was really quite sick. Feeling ill was permanent for the next five months.”

Because sepsis is so serious, doctors need to make sure they completely destroy the infection causing it. This means they often have to use very strong antibiotics over a long period of time. Therese was given a peripherally inserted central catheter, or PICC line, to put antibiotics directly into her system for the next seven weeks.

Most people who have taken antibiotics will know that they can cause an upset stomach because of the way they interact with the gut and the tiny microbes that live there, called the gut microbiome. For Therese, the strong antibiotics didn’t just make her a little bit sick; she had ongoing, severe diarrhoea for the two months of her treatment. She became malnourished, because she wasn’t digesting any food, and lost over 50 kilograms of weight. She also developed pulmonary embolisms, which meant she had to go back to hospital for more treatment.

It wasn’t until Therese was finally finished with the antibiotics that her overall health began to get back to normal. “It was a bit of a tough year,” she says. “Just having sepsis is tough, but when you have sepsis with further complications, it can be very hard. But you have to be optimistic. People can die from sepsis, or they can have amputations. So, you have to be grateful.”

Now, Therese encourages others to learn about sepsis and to go straight to the Emergency Department if they think they or someone in their care might have sepsis. She says, “If you don’t feel right, if you’ve got pain or vomiting or fever, it doesn’t hurt to ask the question, ‘Could it be sepsis?’”