The long-term impacts of non-fatal drowning The rate of non fatal drowning incidents is growing in children.

While the rate of fatal drowning accidents for young kids has declined over the last 15 years, there’s been an increase in non-fatal drownings – leaving many children and their families suffering – at times serious - lifelong consequences after drownings.

The word ‘drowning’ is a term many of us have traditionally used to describe only fatal accidents. However, the World Health Organisation defines three outcomes of drowning: death, morbidity (injury) and no morbidity/long term consequences. For example, in the best-case scenario, drowning may result in full recovery and have no long-term repercussions at all.

However, many non-fatal drownings will leave a long-term impact on the person who drowned and their family – and such events are increasingly common in children.

Six years ago, Queensland mother Michelle Ostler experienced every parent’s worst nightmare: Called back to a friend’s property where her children were staying, Michelle discovered her two-year-old daughter Jewel had been pulled unconscious from their pool.

Jewel survived her drowning, but has had a long road back to recovery.

“It stripped all her words back to ‘Mum’ and ‘No’,” Michelle explains. “She suffered 12 months of chronic fatigue where she would have to spend hours resting after simple activities.” 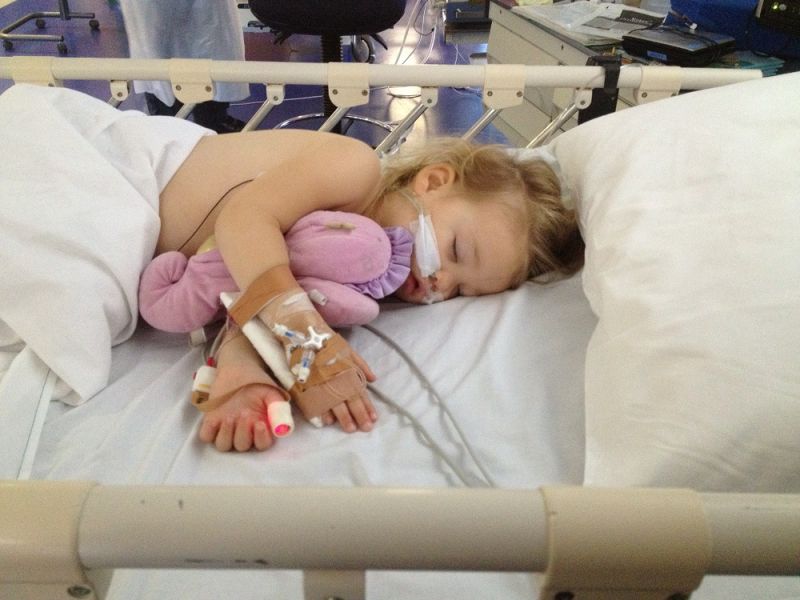 Jewel, who is now nine, has ongoing problems with her executive brain function, which means she has weaknesses in a set of important mental skills that are vital to learning.

Some doctors refer to executive brain function as ‘the CEO of the brain’, and Jewel displays the typical signs of someone whose function is challenged. She struggles with working memory, flexible thinking and self-control.

“Jewel still has speech and learning difficulties and we’re not sure she’ll ever be able to overcome them,” Michelle says. “She can’t take more than two instructions at once. We work a lot to give her the strategies she needs to cope with that.

“The trauma our family has gone through has been huge and we still have to push ourselves to get back in the water now. It’s an ongoing struggle.

“We’ve had to explain constantly that Jewel didn’t ‘nearly drown’, she did drown that day. She’s suffered permanent damage as a result of her accident.”

What are the long-term impacts of non-fatal drowning?

Like Jewel, people who survive drowning may experience brain or organ damage ranging from mild to severe. This is also known as hypoxic brain injury (brain damage due to lack of oxygen).

The symptoms of hypoxic brain injuries include inattentiveness, poor judgment, memory loss, and a decrease in motor coordination. Brain cells are extremely sensitive to oxygen deprivation and can begin to die within minutes after oxygen supply has been cut off to the brain. When hypoxia lasts for longer periods of time, it can cause coma, seizures, and even brain death.

Brain death means that all functions of the brain have ceased, and all cells of the brain are dead. Even though the brain has ceased to work cardiovascular function is preserved. There is no breathing activity, and the patient only survives with ongoing life support.

How common is non-fatal drowning?

Non-fatal drowning is most common among the 0-4 age group. Children are more likely to drown and more likely to be rescued, probably because they are rarely swimming alone.

The simplest way to avoid drowning incidents is to never become complacent around water. Kids of all ages must be supervised closely at all times. Ensure pool gates and fences are compliant and there is no access to pool areas. Look out for unexpected drowning hazards around the house, which you can read more about here.   Teach your kids about water safety by teaching them to swim.  Above all, ensure your CPR skills are up to date as it can make all the difference if someone you love drowns.