Hiccups – everything you’ve ever wanted to know 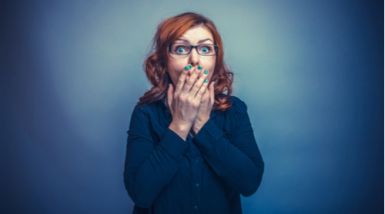 Hiccups can catch us unawares, but are they a sign that something's wrong?

For most of us, hiccups are an occasional nuisance. For a few, they’re a constant frustration. Find out what hiccups are and if you should ever see your doctor about them.

A hiccup by any other name

The medical name for hiccups is ‘synchronous diaphragmatic flutter’ – try saying that three times fast. They can also be called ‘singultus’ or ‘hiccoughs’. Hiccups that last longer than a month are called intractable hiccups. These are rare, and more common in men.

What happens when you hiccup?

There are actually three things happening in your body when you hiccup. Your diaphragm, the band of muscle below your lungs, suddenly contracts. At the same time, your voice box, or larynx, squeezes. Then your epiglottis, a flap at the top of your windpipe, snaps shut, producing that infamous hiccup squeak. Scientists are still trying to figure out exactly what causes hiccups, but there are some things that have been linked to hiccup occurrences.

These can be mundane, like eating really hot food, eating spicy food, drinking fizzy drinks, smoking or chewing gum. But hiccup causes can also seem quite strange, like having a hair tickle your eardrum, or being in an environment which suddenly changes temperature. Extreme emotions, like stress, fear and excitement, can also bring on hiccups.

Some medicines and medical conditions can cause hiccups and ongoing or frequent hiccups can cause difficulty eating, poor sleep and depression.

How can I make hiccups go away?

Most of the time, hiccups will go away by themselves pretty quickly. If your hiccups are frustrating you, you can try:

When should I see a doctor about hiccups?

If you’ve had hiccups for longer than 48 hours, you should see a doctor. You should also visit your GP if hiccups are causing you pain or distress or are making it difficult to breathe or eat. Your hiccups might be caused by an underlying condition, which could get better with treatment.

Do babies hiccup in the womb?

To end on a cute note, yes, it’s common for babies to hiccup while they’re in their mother’s womb and when they’ve been born. Just like with adults, doctors don’t really know what makes babies hiccup, but it’s pretty adorable when they do.