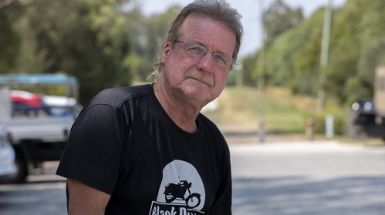 Julian realised that men need more ways and places to talk about their mental wellbeing after he lost is son to suicide.

At 56 years old, Julian Krasinski was a regular, hard-working bloke spending his days working in the construction industry.

It wasn’t until his life turned upside downthat he realised he needed to change the way he was managing his mental wellbeing.

Julian’s son, Jake, took his own life in 2015. As a young, 24-year-old male, Jake was part of the most at-risk group to death by suicide in Australia. His dad says he never mentioned how he was feeling to anyone.

“He never told me about it, he never mentioned anything about depression,” says Julian.

“We’re not talking, we’re hiding things too much,” says Julian, reflecting upon his son’s circumstances. “I had a lot of issues when I was young – and I never spoke to anyone about it either.”

Following his son’s death, Julian decided to share his story with others, and encourage other men to speak out about their mental health before it’s too late.

Typically, men speak less about their emotions than women, despite ‘feeling’ just as much. Hugh Martin, founder of counselling service Man Enough, says if men were to be vulnerable, it could change everything for them. He says the first step is to start conversations in organisations, groups and workplaces.

Julian says that what happened to his son was the trigger for him find one such group that encouraged a mentally healthy lifestyle. He recognised that while his job as a tradie had served him well for many years, it wasn’t helpful to his goal of achieving positive mental wellness. Five years on from the tragedy, he’s now an ambassador for Black Dog Ride and Redland Coast Suicide Prevention Network.

Black Dog Ride and Redland Coast Suicide Prevention Network are two communities of the thousands that exist across Australia using mental wellbeing and awareness activities to encourage Australians to take stock of their mental health. They often partner with other organisations that are popular with men around Australia, like Australian Men’s Shed Association.

“I want to get the information out there about these services to others, because I didn’t find out until…things happened,” he explains.

Julian says that the act of ‘connecting more’ has been a critical step for him to get to where he is today.

“I could have just rolled over and cried – and, I have. But I’m taking the opportunity to tell everyone my story. I just want to share my medicine that I’ve found. I’m a new man now.” What can men do to start talking?

Many local communities and groups like Black Dog Ride and Men’s Shed openly discuss their focus on mental health. But those charities aren’t the only places where men can start a conversation; many people start by identifying groups that they share a common interest with. Here’s some of the ones you could start with:

These are just some of the ways you can get started in improving your mental wellbeing. You can find more suggestions on the Queensland Government Dear Mind website.

If you are having suicidal thoughts, or are worried about someone you know, there is help available. 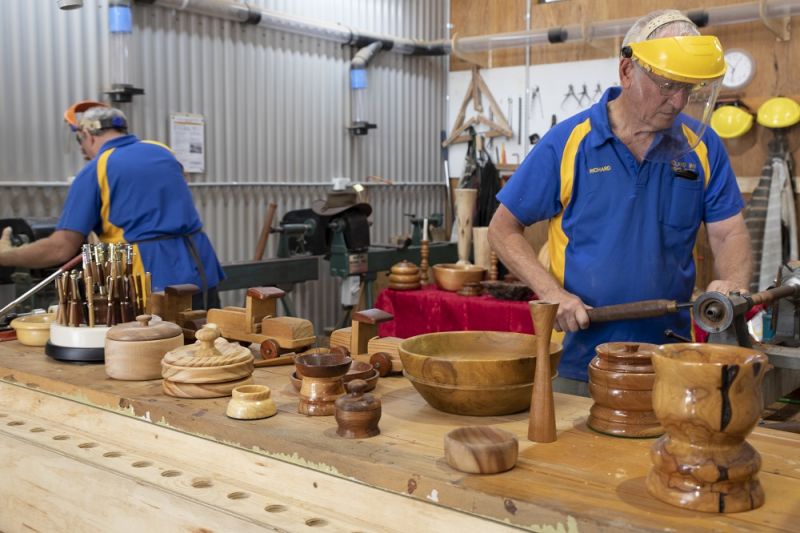 How to have a conversation with a mate