Quit smoking for your health and wealth: Pauline and Adrienne’s stories 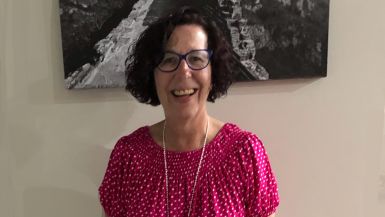 Meet Pauline, a Queenslander who quit smoking 6 years ago and couldn’t be happier!

Two Queensland women, Pauline and Adrienne, quit smoking and both say it’s one of the best things they’ve ever done. Keep reading to learn more about why they called it quits, their quitting methods and how quitting has changed their lives for the better.

Adrienne tried to quit smoking once a year, every year, for 22 years until her last, successful quit attempt in 2011.

“I was such a slave to the cigarettes,” she said.

“When you smoke as many as I did, they will affect the course of your life, what you do, how you do it, the people you associate with, everything. It affects everything in your life. And it stops you from being the best person that you can be. It stops you from doing amazing things in life.”

Pauline said enough was enough in 2014 when she went to see her doctor to help her quit. She had tried to quit before, but she says she was doing it for all the wrong reasons, not for herself.

She said, “One day I just lit a cigarette, and I thought, ‘Why am I doing this?’”

“So, I went to my doctor and said that I wanted to stop. The doctor said, ‘Oh, I've been waiting for you to say that for a long time,’ because I've been seeing the same doctor for nearly 20 years.”

“I think everyone has different reasons for giving it up. I think mine were for my health and it got in the way. None of my friends or family smoked.”

Saving money was another major motivator for Pauline who’s now saving thousands of dollars a year as a non-smoker. Quit HQ’s cost calculator tool can show you just how much you have to gain from quitting smoking.

“The cost of them was just getting ridiculous. I used to smoke a packet a day and now they cost even more. I don’t know how people do it. I’m glad I don’t anymore.”

“I think that making the decision myself to quit and then seeing my doctor and going on the Champix program, was probably the best thing that I've ever done.”

Research shows that using prescription medication or nicotine replacement therapy in conjunction with a quit smoking plan to tackle the habit and routine side of smoking more than doubles your chances of quitting successfully. Talk to your doctor, health professional or Quitline to help find what quitting method works for you.

Pauline used prescription medication to help her quit smoking. Her GP prescribed her Varenicline (Champix), which is a non-nicotine medication designed to block the nicotine receptors in the brain. The 12-week course of treatment helped reduce Pauline’s cravings and nicotine withdrawal symptoms.

“I did the whole 12-week program, and that was that. I didn't ever want a cigarette.”

For Adrienne it was all about starting healthy habits, breaking associations and learning from past quit attempts about what worked for her.

“I took information from every time that I had tried to quit, and I put it all together because you learn certain things that help you to actually quit,” she said.

“You can’t drink heaps of coffee and try giving up smoking. For me, it just did not work. I had to give up things like coffee, tea, energy drinks, alcohol. I gave it all up and then cigarettes were the last thing.”

“You have to learn how to manage your stress levels and it sounds cliché but exercise, relaxation, all of those sorts of things help.” 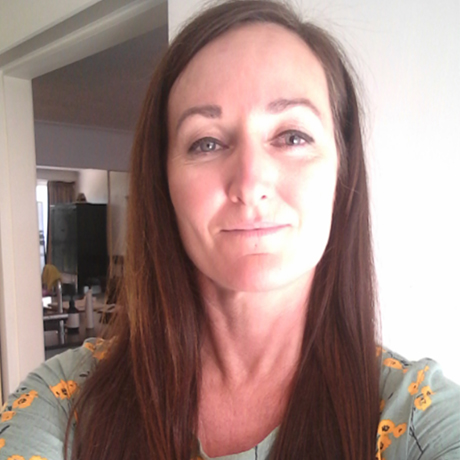 Adrienne didn’t realise how much smoking was affecting her until she quit.

“It really affects you in ways that you don’t even realise,” she said.

“It affected my taste and smell. It also affected my eyesight. I could not believe how crystal clear everything became, especially certain colours.”

“I also looked amazing when I gave up smoking as I started exercising. Exercise was the key for me.”

Pauline also wants other Queenslanders to know how much better life is without cigarettes.

“It’s great having a sense of smell and the things you can taste now and not feeling horrible in the morning,” she said.

“Also, your clothes aren’t smelling anymore, because I never realised until I stopped and now I can smell if someone’s had a cigarette.”

“Keep at it, because life's so much better. I can breathe better. I can taste things better. Yeah, just keep going because there's so many diseases you can get from smoking that aren't pleasant.”

To learn more about the health benefits of quitting smoking visit Quit HQ.

Advice to others: YOU CAN DO IT

Ultimately the decision to quit smoking must be made by the smoker. Friends, family and colleagues can play an important role in helping a person to quit, but the hard work needs to be done by them. But someone who feels supported in their quit journey is more likely to quit for good.

Pauline emphasised how important it was for her to make the decision to quit for herself.

“Pick the time that you're ready,” she said.

“Do it for you. Don't do it for anyone else, although other people do come into it. You've got to be doing it for you, not because someone else wants you to.”

“I think it's an addiction, and like anything else, like any other addiction, you can beat it.”

Adrienne wants to assure other Queenslanders trying to quit that if they’re having cravings they will pass and you can do it. One of the best tricks to quitting is getting it right in your head and knowing exactly why you’re doing it in the first place.

“It is doable and I have done it,” she said.

“I want everyone to know that it is possible, and they can do it and life is so much better without it. It's just so wonderful not to be a slave to it anymore.”

The Quitline service is available to support you along your quit journey. For more information, call Quitline on 13 7848 or visit the Quit HQ website.